JAPANESE HONEYSUCKLE – THE FOOD PLOT YOU MAY ALREADY HAVE 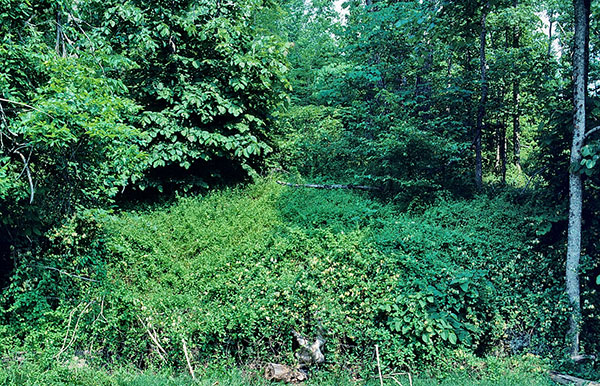 Honeysuckle is a favorite food for deer, wild turkey, quail and rabbit. It also serves as an excellent cover for wildlife. It occurs in the wild throughout much of the U.S.

Usually, when you read about a food plot crop you read all the about all the wonderful values of the plant or plant mix. Catch words such as nutritious, high protein, drought hardy, etc. are often used to describe the plant. However, when you mention Japanese honeysuckle the first thing you hear is pest, weed, invasive, snake cover, etc. In the right place, with the correct management, this honeysuckle can be all the good things better known crops planted for wildlife are, and more.

As the name implies, Japanese honeysuckle comes from Asia. The fast growing woody evergreen vine grows well in shade or in direct sunlight. It is an aggressive hardy plant that can withstand drought and cold weather. When growing in your landscaping, along the chicken house, or on fences it can be hard to kill and has given many farmers a reason to swear. It is considered by many to be an undesirable weed. When I was a kid it was my job to keep the honeysuckle cleaned off the fence around the house and I hated it! 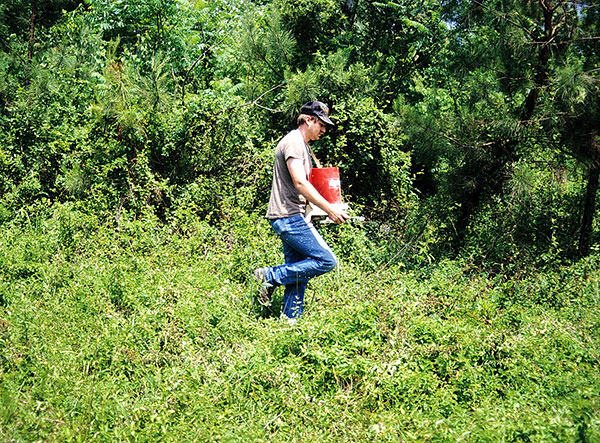 A patch of honeysuckle can be made into a valuable wildlife food plot by fertilizing.

Having said this, honeysuckle leaves, stems and seeds, are a preferred food source for deer, wild turkey, rabbits, quail and song birds. Also, it serves as cover for many of these species. An isolated stand of honeysuckle can become a valuable food plot with just a little management. I know hunters who have located patches of honeysuckle in openings of replanted clear cuts, in grownup fencerows, and around old home sites, etc. and have managed them so that they became prime hunting areas. 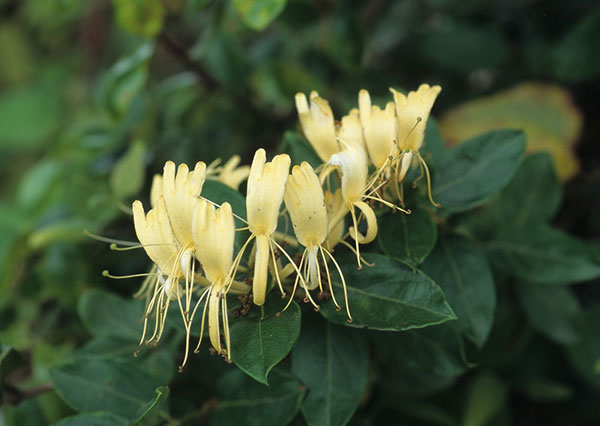 While a weed despised by many farmers, the Japanese honeysuckle can be a favorite food plot crop for those interested in deer management.

Scout for patches late in the winter and mark their locations on a map.

When you are soil testing your other fields or food plots soil test your honeysuckle patches. Fertilize according to soil test.

If this is not possible, using a hand seeder, apply 100 pounds of 34-0-0 ammonium nitrate and 300 pounds of 13-13-13 fertilizer per acre in early spring. Every two months after the first application, top-dress the patch with 100 pounds per acre of 34-0-0. Stop after late September.

It is easy to “burn” honeysuckle so I have learned not to fertilize during periods of drought and try to pick a day when rain is predicted to top-dress.

Deer love fertilized honeysuckle and will often eat it to the ground where they can get to it. On my farm I have laid old hog wire or chain length fencing over the patch so that deer cannot eat the plants back to the ground. When fertilized the vines will grow quickly and produce an abundance of food. 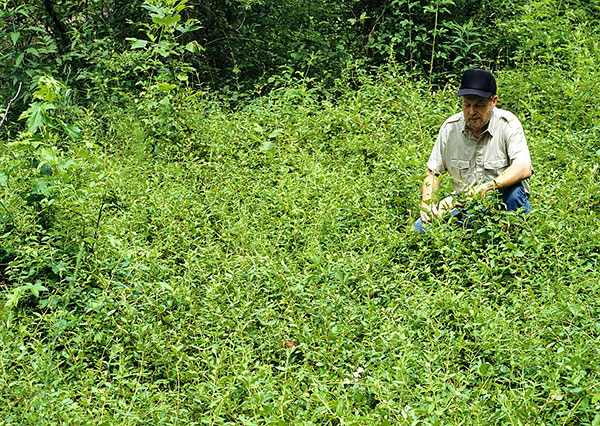 Honeysuckle is a top food choice for deer and those who hunt managed honeysuckle plots get great results.

Information I obtained from the Alabama Agricultural Experiment Station stated that fertilizing a stand of honeysuckle can almost double its forage production. This also increases the plants palatability and increases the crude protein content 11 to 17 %. The fertilized honeysuckle averaged more than 2480 pounds of forage.

So like the more promoted wildlife food plot crops, Japanese honeysuckle can be nutritious, high in protein, drought hardy, and a great perennial food plot crop. You just want to pick the patch to manage so that it doesn’t create an unwanted weed problem. 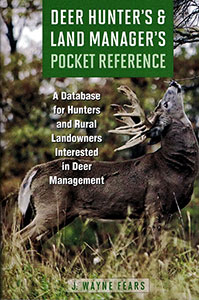