WHERE HAVE ALL THE WOODSMEN GONE?

He is as rare and endangered as any critter in North America, perhaps more so. No, I’m not talking about a Black-footed ferret or the Florida panther. I am speaking of the “woodsman”.

I grew up in the late 1940’s and early 1950’s, when outdoor magazines were a colorful mix of adventure stories with really useful “how-to” information thrown in to help the reader learn a collection of outdoor skills that was called “woodsmanship”.

Writers such as Charlie Elliott, Fred Bear, John Jobson, Ted Trueblood, Russell Annabel, and Townsend Whelen took us to the most remote corners of North America. These men could use a canoe like an Indian, navigate by the stars, and cook scrumptious meals in a reflector oven. They could sharpen an ax, track game across a bed of rock, butcher a deer, and make a comfortable shelter using only a tarp.

These writers, and countless others who were less known but had the same skills, were called “woodsmen”. They were the kind of people you would want along if you were lost in the Yukon or had to spend the winter running a wilderness trap line.

“Woodsman” was a title worn with pride. Those with whom I was privileged to spend time with in the backcountry, including Charlie Elliott, Fred Bear, and my dad, were always more than willing to take the time to pass along their skills.

But as baby boomers reached adulthood and became the torchbearers, a transition has occurred. Our lives have become more dominated by technology and progress, and so have our leisure activities. Most magazines and television programs that the outdoor sports enthusiasts now see have become so specialized that the woodsmen of yesterday have been replaced with a new breed: the whitetail expert, the bass angler, the whitewater canoeist.

My job takes me to remote hunting and fishing camps throughout the world. Rarely, do I see sportsmen or even guides who truly possess woodsmanship skills.

For example, on a western deer hunt not too long ago my guide and I got caught in an unexpected rainstorm with no camping gear. A swollen creek had us temporally stranded. He had lost his butane lighter and was at a loss as to how to start a fire. He had matches in a waterproof container, but I doubt if he could have started a fire with gasoline.

He knew nothing about constructing a shelter suitable for the weather. The next morning, he was confused about how to get back to camp because the hard rain had washed away his trail markers. He was an expert at deer hunting, but no woodsman.

On several hunts I have been with hunting experts who became hopelessly lost when the batteries in their GPS units gave out. I guess I’m old fashioned, but I really miss hunting and fishing trips with woodsmen. I miss their confident, even pace. I miss their enjoyment of the total experience rather than the race for a trophy. I miss their spiritual connection to the Indian, mountain man, long hunter, and pioneer. I miss their stories around an open fire. I miss watching with wonder as they use another trick to make an unplanned night in the woods comfortable.

In this age of specialization, there is perhaps little desire to be a well-rounded woodsman. It’s a pity, because woodsmen were great at passing along the outdoor heritage.

They didn’t place a youngster in a $40,000 bass boat loaded with electronic gear, hand him a complicated rod and reel, and warn, “Don’t touch anything, and don’t get a backlash!” The woodsman would start out a youngster on a creek bank, using a cane pole, braded line, a porcupine quill float, a can of worms, they fiddled up, and a small hook to catch a few fish. To the kid it was a major accomplishment. Most important, it was fun. Then they built a small fire and cooked the fish for a shore lunch, still more fun. The youngster had a blast and couldn’t wait to go again.

Woodsmen didn’t divide into opposing sides – bow hunters vs. gun hunters, deer hunters vs. squirrel hunters, bass anglers vs. trotline fishermen.
The woodsman was usually all of the above. Hunting, fishing, trapping, camping, and woods-roaming were his lifestyle. 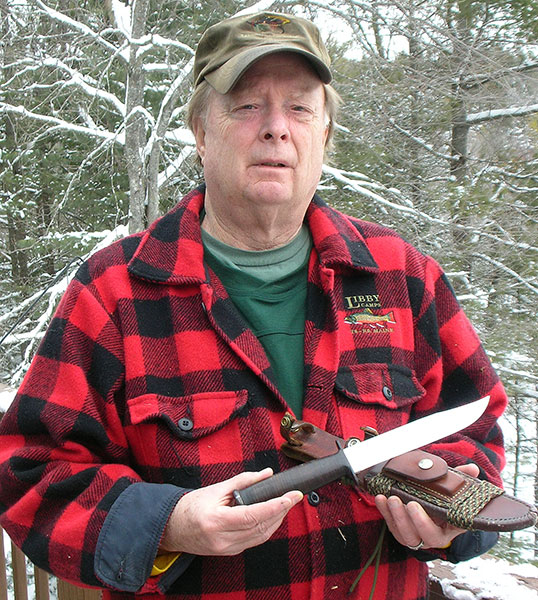 Recently I had the opportunity to discuss the lack of “woodsmen” in the outdoor world of today with Eric Brooker, one of New England’s best known woodsmen. Brooker said it best, “Hunting and fishing were never about competition or high tech. It was an outdoor endeavor born out of necessity and evolved into a tradition by those that liked the outdoors and the aspect of self-sufficiency that independent men still strive for today. A good rifle, a good knife, a compass and a drag rope was usually all it took. The minimalist approach of a Kephart or Nessmuk, probably reflected by most outdoorsmen of the time, seems so refreshing to me. Back then, 150 meant pounds, not B&C score. A 100 lb. doe was as important as a 185 lb. buck. Maybe it’s me getting older, but back then hunting and fishing seemed so much simpler, more fun.”

I ask Medrick Northrop, modern day mountain man and one of the best woodsmen I ever shared a camp, the same question. His answer: 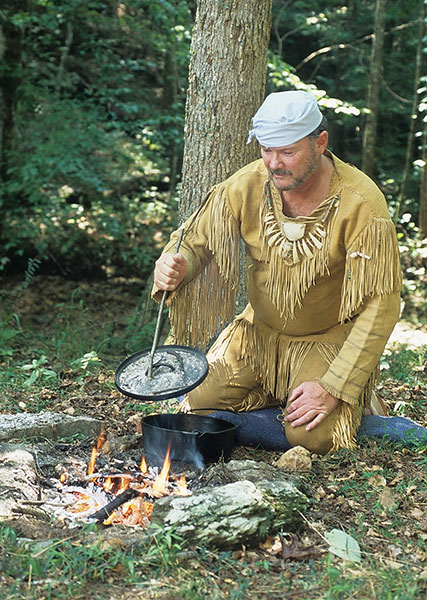 “Well, a few are still around, mostly older now, mostly tired, tired of trying to pass on anything related to how they “grew up.” This new generation of outdoorsmen (and I use that term loosely) appear interested, but won’t devote the time necessary to become proficient with these skills.  Maybe too much “instant” knowledge via an UTube presentation on fire making or ax sharping or……  Just because they “saw” it, does not mean they can do it.  The old outdoor skills take work, sweat, time and maybe discomfort, to master.  No amount of UTube, magazine articles, books, outdoor TV or conversation will take the place of getting ones hands in the guts of a deer to get the liver, heart etc. for the frying pan, over a fire made without matches.

Actually doing an outdoor skill is great, however, to become proficient enough to say “I’m a Woodsman” means you can consistently do the necessary skills successfully, over and over and… I just don’t see many young outdoorsmen with patience and willingness to listen to those that remember.  To those who will learn for those still among us, the day may come soon that these skills may mean survival. In my 70’s now, but remember my father telling me when I was much younger, “the man that knows how to plant a good garden and run a trot line will be worth his weight in gold one day”.  Kind of like the old saying “a flintnapper won’t be worth a damn in the next great war, but the one just after…….”

Perhaps the woodsman should be placed on the U.S. Fish & Wildlife Service’s “rare and endangered list”. He is more scarce in the woods today than some of the critters currently on that list. On the other hand, maybe the fun and excitement of being a modern Daniel Boone will once again catch on. Maybe the “woodsman” will return. For the next generations sake I sure hope so. 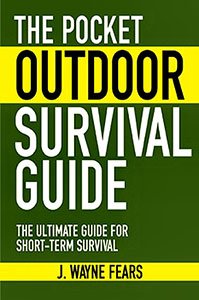