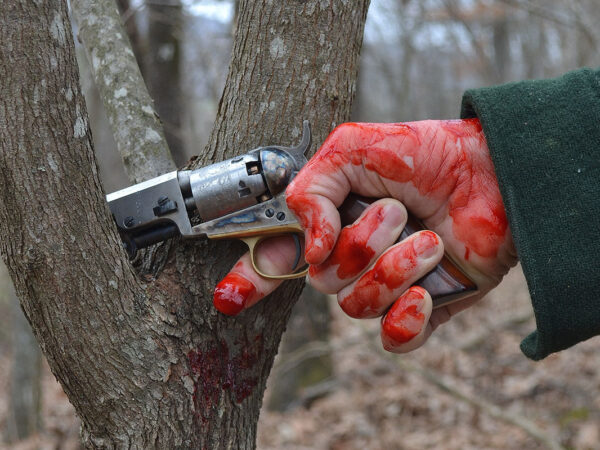 Laying, looking straight up the tree, his memory returned, dreamlike, to 1871 when working as a hunter with the Hayden Expedition in the Yellowstone country he had gotten lost in a sudden snow storm. On foot, he had wandered for days without food. Tired, cold, and hungry he was laying down out of the wind next to a log in a snowless spot under a snow laden spruce. Suddenly he heard a twig snap. Peeking over the log he spotted a coyote sniffing out a blowdown just 5 yards away. The song dog, intent on his search for a meal, never saw the man. With eyes fixed on the unsuspecting coyote, Tex’s cold fingers found the gift pistol tucked in his belt. Mustering up the strength to hold the gun steady across the log he made the all-important shot – the coyote fell!

A few days later, safely back at the expedition camp; he was laughingly called the “coyote eater”. Deep inside he knew the gift pistol had once again made the difference.

“Coyote eater”, a grin came across his bloody face, “I thought it was rather good.” Then his thoughts returned to the present.

Looking up at the fork in the tree he whispered, “I must get my pistol up there”.

Tex knew he had only one mission left and that was to pull himself up to that lofty fork. He slowly took the “Forty Niner” and half-way shoved it into his belt, next to his belt buckle. With painful effort, he moved himself up into a sitting position. Then he moved his right leg up into a bending position; it hurt, but he could move it. Next he tried to bend his left leg. It was as though he were being struck by lightning. It was broken in two, maybe three places.

Resting, Tex looked down at the Colt in his belt that had been with him all these years. He saw the long nick on the side of the octagonal barrel and closed his weakening eyes. His near numb mind flashed back.

It was in the spring of 1880 that he was working as an Indian trader south of Fort Benton on the Missouri. Things were going well with him. The Crow tribe had moved their camp to his trading post and business was good. One quiet morning a Canadian Cree came into the post with fresh buffalo skins to trade. A Crow woman became highly indignant and questioned the Cree as to what right he had to kill the buffalo and other game that belonged to her people. Not wanting trouble Tex stepped in to separate the two. In a flash the irate Cree had his knife out and slashing at the big trader. Tex pulled the gift pistol as the big knife slashed down. It hit the pistol barrel with a clang. Tex recovered in a flash, the Colt spoke – once was enough. 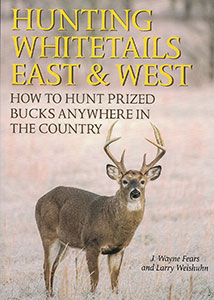