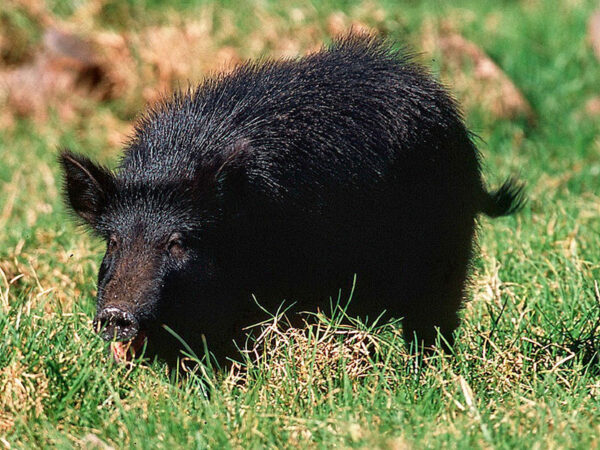 Brucellosis, commonly known as "Undulant Fever" in humans, can be transmitted from animals to man by handling infected animals or by drinking contaminated, unpasteurized milk. Brucellosis is now rare among farm animals, although livestock veterinarians continue to wear gloves and take precautions.

The incubation period for Brucellosis varies but averages 2 weeks in man. Early signs are chills, fever, headache, malaise, neck and back pain, diarrhea, and muscle aches. These symptoms, particularly fever, will fluctuate for weeks. The victim will seem to get well only to have the symptoms recur, in many cases, frequently. Brucellosis is rarely fatal in humans, but serious complications can lead to meningitis, encephalitis, liver disease, and spinal cord damage.

At first, the afflicted hunter complained of back pain and his physician, believing that he had pulled a muscle, prescribed pain killers. When this medication was ineffective, the hunter was admitted to the hospital for tests. Because bovine brucellosis has been nearly eradicated in the U.S. and its symptoms often mimic common diseases, the real cause of his ailment was not initially detected. The numbness and tingling in his legs and back became more and more pronounced. After several days of tests, the patient was walking across his hospital room when he collapsed to the floor. An MRI revealed a mass the size of a grapefruit growing from his spinal column and pressing into his lungs. After hours of surgery, doctors were able to remove the mass. Cultures taken from it finally identified the cause of his disease. Fortunately, the hunter recovered fully and was able to return to work.

Always wear latex gloves while cleaning and dressing wild game. When finished, scrub your hands and arms carefully with antibacterial soap to kill any lingering bacteria. Thoroughly cook all meat – from wild game and domestic livestock – before eating