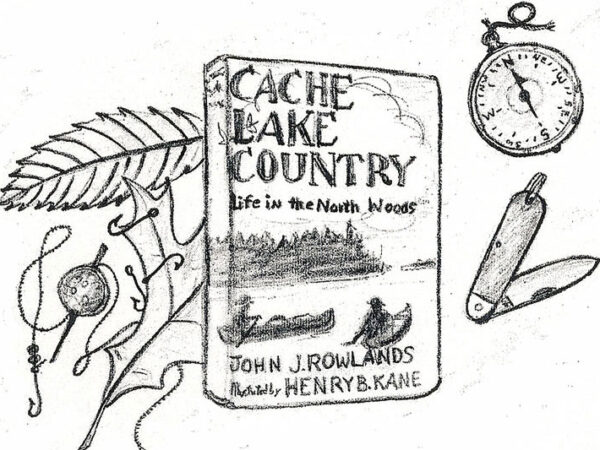 We had received our orders, we were required to read a book, an ENTIRE, whole book during the summer and give an oral book review when school opened in August. It was the sentence of death. Who in their right mind would waste time reading when they could be fishing or camping or playing mumblety-peg?

July found Punky Kelly, Chipmunk Green and I at our camp on the old mill pond that was formed when the Brier Fork Creek was dammed up in the late 1800’s to supply water for a grist mill. To us it was a large lake in Canada. For shelter we used an old tarp that Punky’s dad used for covering hay. To us it was a wall tent on the Canadian wilderness lake.

We had stayed up most of the night before running trot lines and barely caught enough yellow cats to smell up the skillet. As I fried up the fish in bacon drippings and Punky made hoe cake, Chipmunk reminded us about our summer reading assignment. It hung over us like a dark cloud.

None of us had ever owned a book of our own and our names weren’t on any of the book check out cards in the school library. The thought of riding our bikes into town and checking a book out of the school library was akin to not having a squirrel season that fall. I suggested that we since we all three were collecting Straight Arrow Injun-uity cards out of National Biscuit Co. Shredded Wheat cereal, we might have enough cards to make a manual. We could read it and give it as a book report. Besides the cards were fun reading as they taught Indian lore and wilderness living skills. When you collected all 36 of the Injun–uity cards it became a manual complete with a cover and on the back it stated, for all to see, “I Straight Arrow Present this book to _________. Let it be your guide and help you enjoy life more in the outdoors, as the Indian lived.” That said it all as far as we were concerned.

Chipmunk vetoed that idea as he had overheard his mom talking to my mom and the checking out a real book was going to happen whether we liked it or not. We were going to have to read some ol’ dumb book about girls or something.

Three days later we were in the library looking for a real book about a subject we liked, Indians or adventures on a wilderness Canadian lake. We knew such a book didn’t exist. Punky found a medical book that had some anatomically correct male and female photos and were laughing so loud Mrs. Lofton, the librarian, came over to see what we were up to. Punky slammed the medical book shut and to give us cover I started a conversation that we were looking for a book about the Canadian wilderness and Indian lore. It was a bluff to buy time.

“I know of just the book for you boys,” Mrs. Lofton said and directed us to another row of books. “Here it is ‘” she said as she reached up and pulled a full size Green hardback book down. “Cache Lake Country by John Rowlands,” she announced as she opened the book. “It is a wonderful book about a man who moved to a remote lake in Canada and built a log cabin. His neighbor was an Indian Chief named Chief Tibeash and the book is about their adventures for an entire year. It has instructions on how to make many things for use in the wilderness and it has lots of great drawings.”

“It looks like a book like the Straight Arrow cards,” Chipmunk said with excitement in his voice.

“I want to check it out”, I blurted before one of the others could say it.

“You can have it for a week,” Mrs. Lofton stated as I signed my first library cook check-out card.

The next day the three of us sit in the shade of the tarp on the bank of the mill pond. We took times reading the book aloud. “Gosh”, “How about that” and “Mark that page,” were heard in the camp. None of us had ever read a real book, but we all wanted this book, for our very own.

As the day approached for me to turn the book in we began scheming as to how we could gain possession of “The Book” for our very own. I don’t think any of us knew you could go to a book store and buy a book. All the books in the world belonged to the library, except boring ol’ text books.

Suddenly, with only three days left until the book would be late, we were reading “The Book” and Punky remembered that Mrs. Lofton had warned us if we lost the book we would have to pay for it. That was the answer! One of us would have to go to Mrs. Lofton and tell her the book fell out of our boat and went to the bottom of the mill pond. We would pay for the book and then it would be ours forever. We could go to Cache Lake Country any time we wished. Why didn’t we think of it sooner?

For the next 48 hours we looked for scrap iron around our farms, at the cotton gin and general store at the crossroads near Tader Knob. We rode the back alleys in Huntsville and begged every piece of scrap metal we could get. With just three hours to go before the library would close on the due date we sold Miller’s Junk Yard three bicycles loads of scrape metal. He gave us four crisp new dollar bills and two quarters. Away we went to the library, hoping “The Book” did not cost more. Punky brought three of his best tanned ground squirrel skins to use for barter if we didn’t have enough cash.

In front of the library we decided if we were going to pull this off it would be better if just one of us would go in and tell the tale and pay for the book. Since the book was in my name I was selected. With my heart thumping I went in and told Mrs. Lofton’s assistant about the book going overboard and going to the bottom of the pond. She looked at me with disbelief and went into conference with Mrs. Lofton. I could see them looking at me. I felt like a criminal. Soon Mrs. Lofton came out and told me it would cost $4.00 to replace the book. With shaking hands I counted out the four dollars.

As I left she grinned and said, “That is a great book for boys isn’t it.” I wanted to run.

Now three country boys had their first very own book, a book they just wanted to own. Because of that our summer reading assignment went well and in my case my teacher had to tell me to sit down when I gave my oral report. I wanted to share this entire great book with my English class.

I have often wondered when it was that we discovered that books were for sale to the public and not just to libraries. I read the book over and over during those years and it had a lot to do with me choosing an outdoor career.

That tattered old copy of Cache Lake Country is still one of the most read books in my personal library. It still carries the school property library stamp.

“The Book” is still in print. It is available from www.countryplace.com and it is still one of the best books on wilderness living. 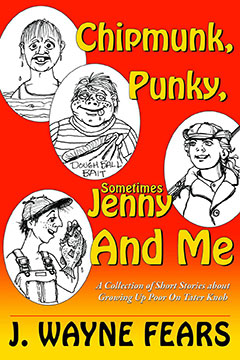